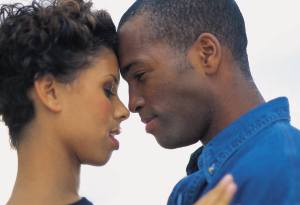 So you started the New Year a little on the rocks with your significant other and now they’re gone. One or both of you finally realized that it was time to move on.  Now it’s over.

You tell yourself that you are better without them. You start tossing out reminders of him, like pictures, various articles of clothing, some gifts (of course not any diamonds) and you quickly change your Facebook status to single.

You are left with unfulfilled expectations and anger.

Typically what happens at this point is that you say you want to be alone and you remind yourself that the next person would only be a rebound, but not too soon afterward you are smothering the rebound.

You begin to take those stored “unfulfilled expectations” and assign them to the new partner. You quickly find out that you are instantly attracted to anything that was the opposite of your ex. For example, if the guy you were with never opened the door for you, then all of a sudden that quality is escalated because of the past. If you were with a woman who really couldn’t cook too well, you’d be all over the woman who could provide you with the southern comfort of food.

The danger is that whatever the new quality is that you are coveting may not have been a quality that mattered to you originally. It only became important when your previous relationship ended. This relational baggage makes ordinary qualities greater, thus confusing your judgment and actually making you “rush” the relationship and not even be able to recognize true love anymore. I have a friend on Facebook who a month ago was “in a relationship”, then two weeks ago she was single. One week later she was “in a relationship” again and I called to ask if it was with the same person and she was so excited to tell me about this new guy and how wonderful he was. As of today, they are engaged!

Now I’m not saying that I don’t believe in love at first sight or any of the other fairytales given to us as children. I’m not saying that Hollywood’s boy meets girl, boy loses girl, boy gets girl again stories aren’t true. What I am saying is that these situations are as rare as hitting the lottery, becoming a professional athlete, becoming the next American Idol or winning an Olympic gold medal. Oh sure you have seen it happen before and you know that it’s possible, but the question here is: Are these scenarios probable?

Before you try to “hook up” with another, you must first exam yourself. You can’t be “two” if you (or the other person) are not ones.

We often enter relationships broken, wounded and with baggage. We have high expectations and are afraid to fully give of ourselves. How many times have you seen a relationship where a couple is together, and the guy hasn’t been working since they hooked up. Nine months into the relationship and the guy still hasn’t found ANY work. Before he entered that relationship, he should have mastered the whole job/car/house/independence thing before trying to connect with another. And what of the man who meets a woman who needs more than just a companion? This woman needs a caretaker, lawyer, doctor, sugar daddy and butler – and she’s not afraid to ask for it! Every phone call leads to her asking him to do something for her. She should have worked out all those needs in the beginning, before trying to start a relationship.

Building a relationship should not be rocket science. It should start off with hesitation and anticipation. There should be long periods of talking and sharing (which is how you actually build the relationship) and a lot of patience.

Only fools rush in.