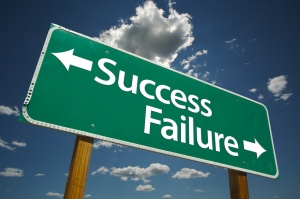 As an employer, I’ve reviewed lots of resumes. Some made me laugh, some made me cry and some actually made me angry.

An example of a resume that makes me laugh is one that I know is full of fluff. You know the type: The housewife who calls herself a domestic engineer or the receptionist who calls herself a communication specialist. Resumes that make me cry are the ones where you know the person didn’t use “spell check” and you see that the person is trying real hard, but too many errors spell trouble. Resumes that make me angry are the ones which are just an outright lie. This is beyond fluff. This is the idiot who thinks that you won’t contact the previous employers so they say they did things in the job responsibilities that don’t match the pay grade. The point of all of this is how we see ourselves.

Some people are the type that can “make it happen!” There are others who just simply “watch it happen!” and still others who wonder “what happen?” Of these three, which are you?

Are you the person who is working a dead end job with no room for advancement? Not only that, but if there was room for advancement, you don’t have any skills to advance. Does your resume look like a smorgasbord of jobs that don’t connect? There is nothing wrong with being this way if it’s working for you. If it’s not, it’s probably because you are the person who wonders “what happen?”

The scariest part of the economy collapse is the idea of old jobs vanishing and a person not being able to compete in the new job market. I remember in the ‘90s when the Willow Run plant closed in Ypsilanti, Mich., and many of the people there were out of work and could not find any jobs which paid the same as the plant. These were good folks who spent the last 18 – 20 years of their lives taking care of their families and putting their kids through school. They paid their bills on time and enjoyed a nice middle class income. Once the plant closed there was nothing. These folks had a high school education and with overtime made upwards of 70K. The only jobs available for them in the small town of Ypsilanti paid from six to eight dollars per hour.  They were then stuck wondering what happen.

Those that “watch it happen” tend to be lazy. These are your run-of-the-mill, satisfied where I am, don’t want to break a sweat type people who are still looking for a short cut to success. These people clearly have the ability to be better, but won’t. Why you ask? Any number of reasons: scared of failure, scared of success, low self-worth, arrogant or lazy. I remember when I used to manage market research companies and I had an employee who had the right stuff to become a supervisor. This woman was a single parent and a very hard worker. The increase would have been an extra $7,680 per year for her. She said she didn’t want the extra responsibility. Go figure.

Then, of course, there is the category that everyone thinks they are in. We live in a society where not everyone can “make it happen”. There are many failures at the bottom of this group as those “watching” made an attempt or two to crossover this threshold. Balance is the key to success here. Anyone who has reached the right level of balance in their life has mastered this task of “making it happen.”

What I mean by balance is fulfilling the right amount of quality with quantity. The right amount of drive with humility; skill with education and patience with love – this category houses all of your visionaries. This group did not need motivation – it was built from within. They didn’t need to be reinforced, complimented or validated. These folks are not conceited; they’re as good as they say they are.

So I ask again, which one are you? And if you’re not satisfied with the outcome, change.