I struggle with the evils of this world. But I’m struggling more with the hypocrisy of America.

Only in America does it matter how you were killed and the circumstances around your death play a factor in who even gets involved.

Yesterday’s shooting was a huge tragedy and I can relate in so many ways. I can relate as a member and as a pastor. I have thought about what I would have done as the pastor. I attempt to change shoes with the deceased. I’m thankful that no one ran background checks on the victims or attempted to somehow blame them for what happen.

Think I’m crazy? Is this going too far?!?

I watched the press conference at noon today and heard how many government agencies came together to assist in this tragedy. I watched as Charleston’s Mayor, police chief and the Governor of the state got choked up over what happened. They spoke of bringing everyone together to heal.

Then I thought about Walter “Lamar” Scott who was gunned down by a police officer in the same city. Someone please tell me what is the difference in these two incidents? 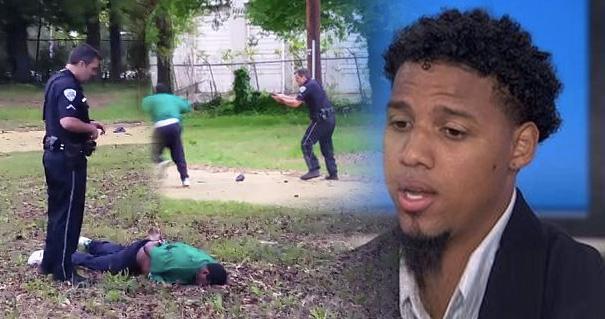 Are we to believe that it matters who pulls the trigger? In each shooting, those who died won’t come home. Are my feelings supposed to understand the difference?

I can relate to Mr. Scott as a Black man who has been pulled over by police. I share his same fear whether or not I will survive the encounter. I have to consider if I have fostered enough respect, credentials and support in my life to withstand the criticism left for my family to hear. The criticism that argues what I may have done wrong to justify my murder or how it could somehow be my fault that I was gunned down.

There were lots of prayer vigils tonight and not nearly the amount for Mr. Scott. I’m  saddened that this is our reality. My heart goes out to ALL who have suffered loss. I repent for my part in the hypocrisy and I pray that God heals our land.