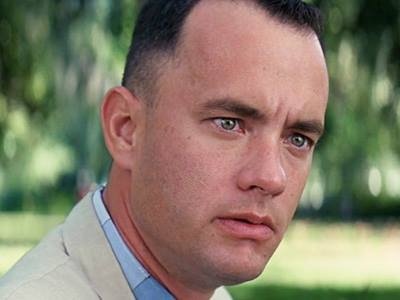 Forrest Gump was stupid. He had become accustom to the word because of the people who observed his behavior constantly gave him this label. Hollywood made an entire movie about being stupid.

But they didn’t stop there. What gave the movie its brilliance was the fact that things seemed to workout just fine for Gump as if a greater power had the “fix” in for him. They made the story very relatable, by putting it smack dab in the middle of one of the most prolific times in American history. They gave scenarios that could have been any of us. We can all relate to a time where inspite of our foolishness things worked out like they did for Forrest. And we would like to believe that if someone’s heart is right and pure, things would workout for them eventually as well.

To live your life in the hope that this is true would be — well, stupid yet we see so many examples of folks doing exactly that. Nobody plans to mess up their life but sometimes that’s exactly what it looks like. We become stupid to impress the opposite sex, to take a non existing shortcut to success, to avoid hard work, and to avoid looking stupid.

Stupid is defined as having or showing a great lack of intelligence or common sense. So our prisons are full of people who are stupid. The court system hears and sees a lot of stupid people. And social media has become a huge platform for stupid people — just make a comment about religion or politics and the stupid parade begins.

The word stupid did not exist until late in the 16th century so that explains why the word is not in the original King James bible, but the concept is there. The word consistently used for stupid is dull. The word appears 29 times in the sacred text and that’s within 13 different translations. The idea of something becoming dull is the idea of stupid. It’s not sharp and pristine, its dull and unappealing. But the original definition is that something happened to make you dull — you didn’t just start off that way. As the evolution of the word continued, today you can be stupid, or dull without any help.

In Gen. 29:17, one translation describes Leah’s eyes as weak and dull looking, but it says Rachel’s are beautiful and attractive. There has always been this comparison of these two sisters and for lack of a better term Leah here is described as stupid.

Gen. 49:12 gives the cause and effect idea saying, “His eyes are dull from wine and his teeth white from milk.”

So if stupid is as stupid does — which is to say that an intelligent person who does stupid things, is still stupid — this was obviously Forrest’s way of admitting he was stupid and letting you know that you can be stupid too.

Let’s hope we all spend more time “with” stupid than we do being stupid.